Launch for Death by the Book!

We're Launching the Book Tour for
Death by the Book

3/18
The Wonderings of One Person
Cherry Mischievous 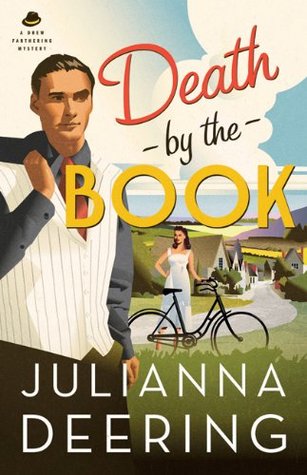 Drew Farthering wanted nothing more than to end the summer of 1932 with the announcement of his engagement. Instead, he finds himself caught up in another mysterious case when the family solicitor is found murdered, an antique hatpin with a cryptic message, Advice to Jack, piercing his chest.

Evidence of secret meetings and a young girl's tearful confession point to the victim's double life, but what does the solicitor's murder have to do with the murder of a physician on the local golf course? Nothing, it would seem--except for another puzzling note, affixed with a similar-looking bloodied hatpin.

Soon the police make an arrest in connection with the murders, but Drew isn't at all certain they have the right suspect in custody. And why does his investigation seem to be drawing him closer and closer to home?

Other Books in the Series:

ALL readers, who are interested, can receive an autographed bookmark.
You can see a picture of the bookmark here. 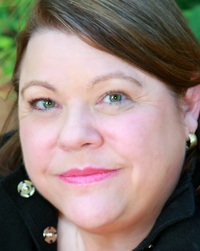 Julianna Derring has always been an avid reader and a lover of storytelling, whether on the page, the screen or the stage. This, along with her keen interest in history and her Christian faith, shows in her tales of love, forgiveness and triumph over adversity. A fifth-generation Texan, she makes her home north of Dallas with three spoiled cats and, when not writing, spends her free time quilting, cross stitching and watching NHL hockey. Her new series of Drew Farthering mysteries set in 1930s England debuts with Rules of Murder (Bethany House, Summer 2013) and will be followed by Death by the Book (Bethany House, Spring 2014) and Murder at the Mikado (Bethany House, Summer 2014).

From the author regarding the fabulous GIVEAWAY:

How could one possibly have a cozy mystery
set in an old manor house in the English countryside near a quaint little village
and not have tea?
Drew doesn't usually take lemon or milk in his. He prefers honey,
especially if it's fresh from the hive.
Mrs. Devon, his housekeeper, spoils him terribly and makes sure he has it.

Are you a blogger and want to receive information about new tours? Go HERE.
Are you an author or publisher and would like to have us organize a tour event? Go HERE.
Posted by Unknown at 9:10 AM