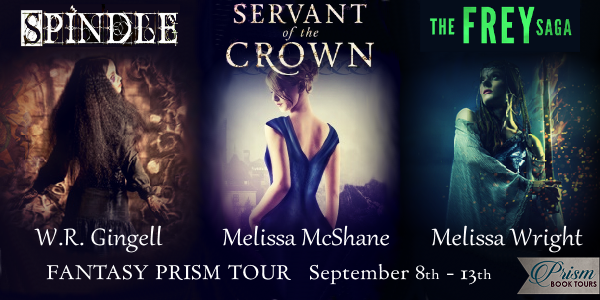 
It's the Fantasy Prism Tour Grand Finale for
Spindle
By W.R. Gingell

If you love fantasy, we hope you enjoyed the exclusive content shared on the tour.
If you didn't get a chance to check out each book and their stops now... 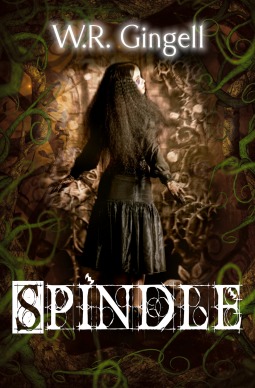 
Polyhymnia is deep in enchanted sleep. High in a tower, behind an impenetrable barrier of magical thorns, she sleeps, dreams, and falls ever deeper into her curse.

Woken by a kiss, Poly finds herself in an alien world where three hundred years have passed and everyone she has ever known is dead. Luck, the enchanter who woke her, seems to think she is the princess. Understandable, since he found her asleep on the princess’ bed, in the royal suite, and dressed in the princess’ clothes.

Who cursed Poly? Why is someone trying to kill her and Luck? Why can’t she stop falling asleep?

And why does her hair keep growing?

Sometimes breaking the curse is just the beginning of the journey.


With Spindle my what if? was what if Sleeping Beauty wasn’t actually the princess? From that first little seedling of what if? I also ended up with what if she slept for more than three hundred years instead of one hundred? I was fascinated with the thought of how much life would have changed for her. Language would have evolved and passed her by, her loved ones and family would almost certainly be dead, and both the political and social aspects of life would have changed completely.

W.R. Gingell is a Tasmanian author who lives in a house with a green door. She spends her time reading, drinking an inordinate amount of tea, and slouching in front of the fire to write. Like Peter Pan, she never really grew up, and is still occasionally to be found climbing trees. 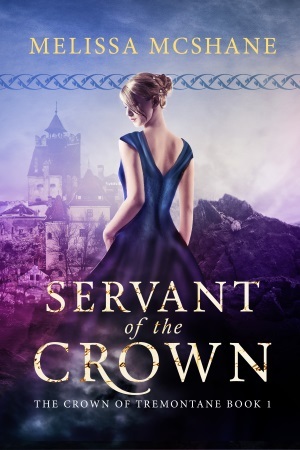 Servant of the Crown
(The Crown of Tremontane, #1)
by Melissa McShane
Adult Fantasy

Alison Quinn, Countess of Waxwold, is content with her bookish life—until she’s summoned to be a lady-in-waiting to the Queen of Tremontane’s mother for six months. Even the prospect of access to the Royal Library doesn’t seem enough to make up for her sacrifice, but Alison is prepared to do her service to the Crown. What she’s not prepared for is Prince Anthony North, Queen Zara’s playboy brother, who’s accustomed to getting what he wants—including the Countess of Waxwold.

When the fallout from an unfortunate public encounter throws the two of them together, Alison has no interest in becoming the Prince’s next conquest. But as the weeks pass, Alison discovers there’s more to Anthony than she—or he—realized, and their dislike becomes friendship, and then something more—until disaster drives Alison away, swearing never to return.

Then Alison is summoned by the Queen again, this time to serve as Royal Librarian. A threat to Tremontane’s government, with her treasured Library at stake, draws Alison into the conflict…and into contact with Anthony once more. Can they work together to save the Royal Library and Tremontane? And can she open her heart to love again?


"Without thinking, Alison whipped her hand out of his grasp and brought it around hard to slap the Prince’s face. The sound of her bare palm striking his cheek carried unnaturally far in the crowded, overfull ballroom. The dancers nearest them stopped to stare, and their stillness spread outward until half the floor was occupied by unmoving figures. The music went ragged and then stumbled to a halt. The Prince stood with his hand pressed to his cheek, his eyes wide and unblinking in surprise. Alison felt her breath coming in short, quick pants that left her dizzy..." 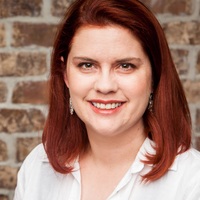 Melissa McShane grew up a nomad, following her family all over the United States, and ended up living in the shadow of the Wasatch Mountains with her husband, four kids, and three very needy cats. Her love of reading was always a constant during those uncertain years, and her love of writing grew out of that. She wrote reviews and critical essays for many years before turning to fiction, and was surprised at how much she liked it. She loves the fantasy genre and how it stretches the imagination. 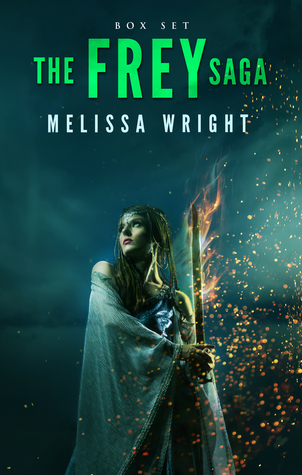 The Frey Saga
by Melissa Wright

This collection includes The Frey Saga Book I: Frey, Book II: Pieces of Eight, the short story Molly, and Book III: Rise of the Seven.

Unaware she's been bound from using magic, Frey leads a small, miserable life in the village where she's sent after the death of her mother. But a tiny spark ignites a fury of changes and she's suddenly being hunted by council and forced to rely on strangers for protection. But the farther she strays from home, the more her magic and forgotten memories return and she starts to suspect the band of strangers are not what they seem. They help her find her rightful place and destroy the bonds, but securing her future might be more than she can do with magic alone.

"The library was chaos. Books and pages, precious scrolls and ancient casting ledgers strewn over the wood plank floor. I’d never seen this room molested by their madness and the shock of it had me stumbling to a standstill. They had lost all regard for it, broken their own rules. They were a wild people, but they did have at least some barriers.
If there was one thing the fey respected, it was knowledge."

Melissa Wright is the author of the Frey Saga and Descendants Series. She is currently working on the next book, but when not writing can be found collecting the things she loves at Goodreads and Pinterest.

Signed copy of Spindle (Us only)

Print copy of Servant of the Crown (US only)