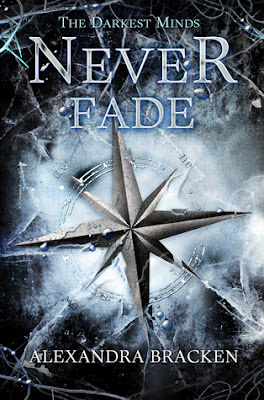 Ruby never asked for the abilities that almost cost her her life. Now she must call upon them on a daily basis, leading dangerous missions to bring down a corrupt government and breaking into the minds of her enemies. Other kids in the Children’s League call Ruby “Leader”, but she knows what she really is: a monster.

When Ruby is entrusted with an explosive secret, she must embark on her most dangerous mission yet: leaving the Children’s League behind. Crucial information about the disease that killed most of America’s children—and turned Ruby and the others who lived into feared and hated outcasts—has survived every attempt to destroy it. But the truth is only saved in one place: a flashdrive in the hands of Liam Stewart, the boy Ruby once believed was her future—and who now wouldn’t recognize her.

As Ruby sets out across a desperate, lawless country to find Liam—and answers about the catastrophe that has ripped both her life and America apart—she is torn between old friends and the promise she made to serve the League. Ruby will do anything to protect the people she loves. But what if winning the war means losing herself?

(If you haven't read the first book, there will be spoilers here)

Well, if you thought this series couldn't get any darker, you were wrong.

Here, Ruby had become the Leader in a special ops team within the Children's League. She has become a darker version of herself as she tries to fight for kids just like her. She is forced to once again face horrors no kid should have to face and learn how to hone her ability so that she doesn’t unintentionally mess with other's minds.

Yet, once again fate brings her back to Liam and the crew. Although Liam doesn't remember her, he has a vague familiarity with her that he just can't place. He also has the key to how all these mutations came about the kids.

I honestly like Ruby. I wouldn't say she's the strongest female lead I've read about, but she's up there. She lives in a crappy world where what's right and what's wrong can be very hard to distinguish, but I believe she does well.

Liam too. I love how headstrong he is about doing things in ways that lead to less death. He really is a great leader.

Once again, there's a lot of language in this book. Otherwise, it is clean.