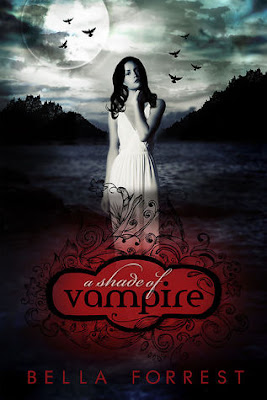 On the evening of Sofia Claremont's seventeenth birthday, she is sucked into a nightmare from which she cannot wake.

A quiet evening walk along a beach brings her face to face with a dangerous pale creature that craves much more than her blood.

She is kidnapped to an island where the sun is eternally forbidden to shine.
An island uncharted by any map and ruled by the most powerful vampire coven on the planet. She wakes here as a slave, a captive in chains.

Sofia's life takes a thrilling and terrifying turn when she is the one selected out of hundreds of girls to join the harem of Derek Novak, the dark royal Prince.

Despite his addiction to power and obsessive thirst for her blood, Sofia soon realizes that the safest place on the island is within his quarters, and she must do all within her power to win him over if she is to survive even one more night.

Will she succeed? ...or is she destined to the same fate that all other girls have met at the hands of the Novaks?

If you want a sappy, quick, vampire romance, this is the book series for you.

Oh my, it's so incredibly cheesy and full of cliches, and yet I still like it.

Sophia is a bit of a push over and kind of an airhead, but she is kind and compasionate. Granted, if I were in her situation, I would not have let Derick, prince of the vampires, in as quickly, but you know...cliche.

Derick's heart is centered in the right place, he just doesn’t act on it all the time, and only really when Sophia is around. Which, kinda makes me not like him a whole lot, but he does have his shining moments. And I like him way more than the other jerks in the book. Ben, gah. Who cares if he is Sophia's best friend, he's kind of a pig. And Derick's brother, yeah no. Let him burn in the sunlight please.

This story is interesting by how the vampires have survived over the years. There are witches on their side and hunters trying to destroy them. You know, the typical eternal enemy story. Yet, even though this is like nearly every other vampire story I've read, I'm still listening to it.

The narrators aren't my favorite, but they're pretty good.