The Iron Knight: A Review 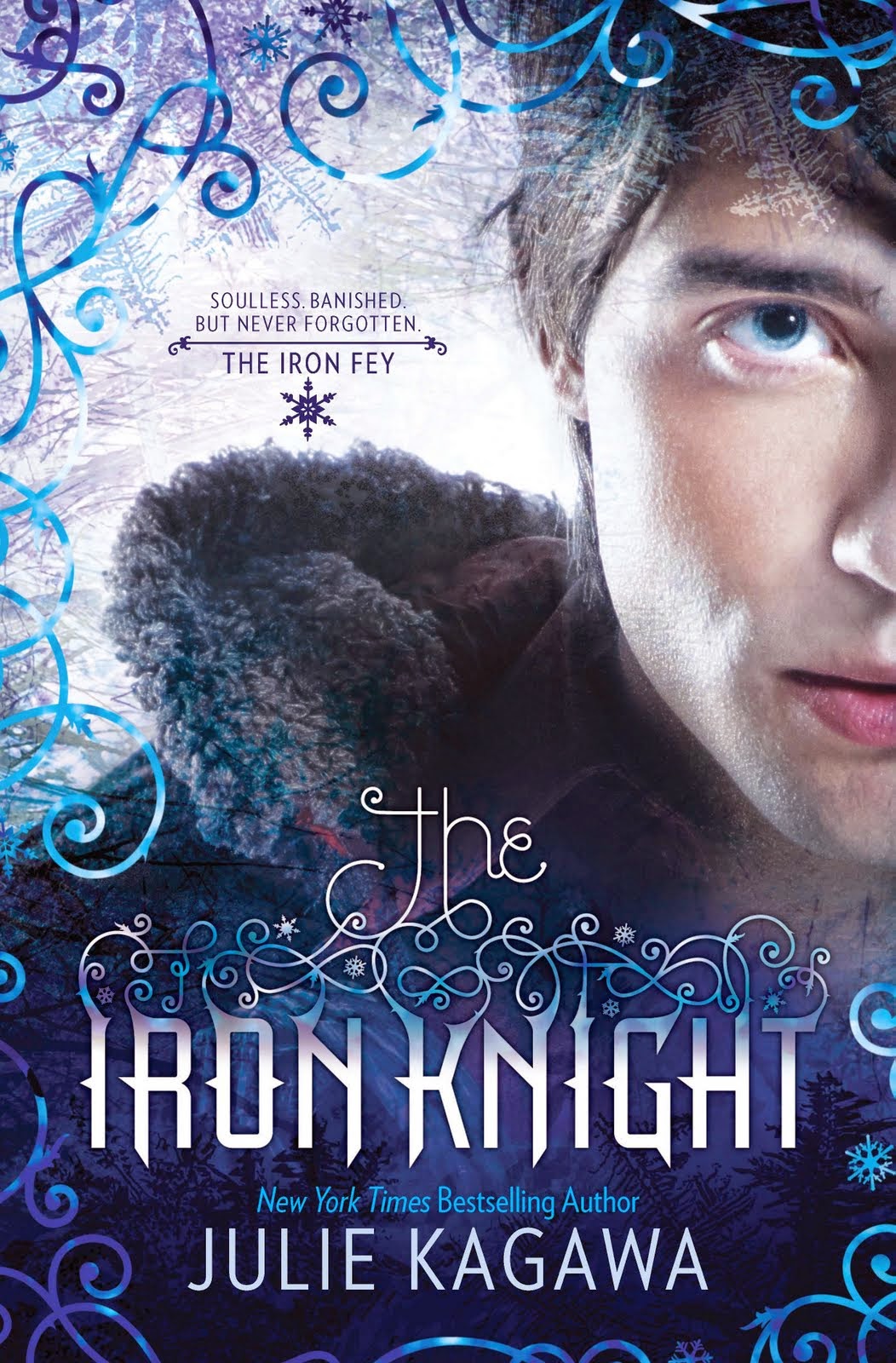 My name - my True Name - is Ashallayn’ darkmyr Tallyn. I am the last remaining son of Mab, Queen of the Unseelie Court. And I am dead to her. My fall began, as many stories do, with a girl…

To cold faery prince Ash, love was a weakness for mortals and fools. His own love had died a horrible death, killing any gentler feelings the Winter prince might have had. Or so he thought.

Then Meghan Chase - a half human, half fey slip of a girl - smashed through his barricades, binding him to her irrevocably with his oath to be her knight. And when all of Faery nearly fell to the Iron fey, she severed their bond to save his life. Meghan is now the Iron Queen, ruler of a realm where no Winter or Summer fey can survive.

With the unwelcome company of his archrival, Summer Court prankster Puck, and the infuriating cait sith Grimalkin, Ash begins a journey he is bound to see through to its end - a quest to find a way to honor his vow to stand by Meghan's side.

To survive in the Iron Realm, Ash must have a soul and a mortal body. But the tests he must face to earn these things are impossible. And along the way Ash learns something that changes everything. A truth that challenges his darkest beliefs and shows him that, sometimes, it takes more than courage to make the ultimate sacrifice.

I'm crying. This was the perfect way to end the series. Now, I know there is a novella about this afterword, but for Ash and Meghan's story, this was perfect.

Perfect. And yes, I was brought to tears.

I never realized how much depth there was to Ash. In The Iron Knight we get to see who the former Winter Prince really is. I have come to love him all the more for it.

Through his many trials to find his way back to Meghan, Ash is faced with many ghosts of his pasts. This novel is in his POV and we get to see the way he thinks. We see his strengths, his fears, his loyalty, and his guilt. Ash is one of the strongest characters I have met in a long time, and reading this from his POV just made the story that much stronger.

When a certain character entered the story, I got a bit angry. And then as time progressed, we see that Ash already knew what his choice was and he remained strong in his promise to return to Meghan. I loved him for that. It proved that Ash was much stronger than we ever thought before.

That is, until he sees a possible future he might have. A future that he is proud, but also afraid of. And what does he do? He proves once again that he is stronger than I ever thought. His love for Meghan and for future possibilities helped him make the choice that would change his life forever. When he saw the vision, it wasn't just about the woman he loved anymore. No, it was much bigger than that. It was about the world and other people he loved. And he wanted to do the right thing for them.

I won't share any spoilers, but there is one part in this book, after Ash made his choice, and that's when the tears came. We saw Ash in his most vulnerable form. We saw the amazing depth and capability of love that he has despite his upbringing and past mistakes. We see a strong Knight who is willing to sacrifice everything to do what is right.

Ash, by far, is one of my favorite character that I have ever read about. Reading this in his POV made him far more tangible than from Meghan's POV. We saw the real Ash. And the real Ash is an amazing person.

It just ended so happy! So... perfected. I shed many a tear.

And Puck. I wish he ended up with someone. I really do. He is the best prankster there is out there. But despite his constant goofing off, he is a true friend to both Ash and Meghan. He loves Meghan enough to step aside for her to be with her true love, his best friend Ash. And, he cares enough for Ash to help him along a quest that Ash would have died on if Puck had not been there.

I love the banter between those two, but you can tell that they just want to be friends again. Without the oaths, the lies, and the constantly over-the-shoulder-glancing.

What happens between them ends up happy too, and I admit, I got the sniffles. Finally, two friends-turned-enemies were finally at peace again.

I just want to cry!

And, of course, my other favorite. Grimalkin. He may act indifferent, but I don't believe it. I believe that he truly cares for Ash, Puck, and Meghan. He may always be calling in favors, but that is his nature. He is a cat, after all. I love how he never leads them astray, even when he has every chance to do so. Any other faery probably would, but Grim has stuck with them until the end. I know he cares for the three. I know he enjoys himself, even if he says he's bored.

I give this a 5 out of 5! Beautifully written, amazing world building, and great character development. Julie Kagawa is a genius.

*I own a copy of this book. I was in no way compensated for this review. Nor am I associated with the publisher. Everything is my own opinion.*
Posted by Unknown at 10:08 PM