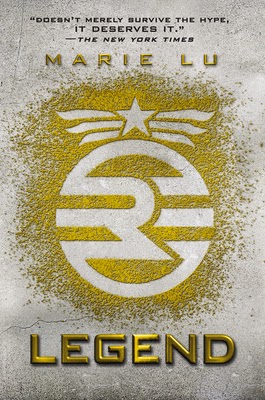 What was once the western United States is now home to the Republic, a nation perpetually at war with its neighbors. Born into an elite family in one of the Republic's wealthiest districts, fifteen-year-old June is a prodigy being groomed for success in the Republic's highest military circles. Born into the slums, fifteen-year-old Day is the country's most wanted criminal. But his motives may not be as malicious as they seem.

From very different worlds, June and Day have no reason to cross paths - until the day June's brother, Metias, is murdered and Day becomes the prime suspect. Caught in the ultimate game of cat and mouse, Day is in a race for his family's survival, while June seeks to avenge Metias's death. But in a shocking turn of events, the two uncover the truth of what has really brought them together, and the sinister lengths their country will go to keep its secrets.

Full of nonstop action, suspense, and romance, this novel is sure to move readers as much as it thrills.

In all honesty, I don't really know what to rate this novel... So I'm going to write my review and then decide...

To start, I really did like it. Although, I did think that the characters were a little young considering all that was going on. I pictured them a bit older in my head in the beginning, until it the characters seemed to grow more into their fifteen-year-old personalities. In fact, this series reminded me of Maximum Ride (with the whole younger character romance) and Ender's Game (children warriors and fighters). In the end, I do feel that both June and Day did fit their age, despite the circumstances.

Day was born in the slums. He is the most wanted criminal in this futuristic Los Angels, California. He is agile, strong, and wicked fast. His record for scaling buildings is known among the soldiers of the Republic, who is trying their best to track him down. Only, they have no idea what he looks like. Day is their phantomn that haunts there nightmares and pushes them to try harder.

Until Day is in the wrong place at the wrong time.

I came to like Day well. Marie Lu did well with depicting a fifteen-year-old boy's mind. I did think he was a little young at first with the amount of flirting and kissing he has had in his past, but then I recognized that he has been living on the streets for a while now and can pass for older than he really is. Day is quite intelligent, though stubborn and a bit headstrong. What I liked most about him was his loyalty. He always looked out for those he cared about. He made sure they were safe and taken care of, no matter what.

Now for June... I did actually like her. She was in no way a whiny female lead and that made me very happy. I hate whiny female leads. June is also fifteen and a freaking genius. Meaning, she's already a senior in college.

Sometimes I wish I was that smart.

Anyway, she is a no nonsense, butt-kicking kind of girl. She is incredibly intelligent, and Lu did an awesome job of displaying that. At first, I was wondering why Lu was having her character internally think with a lot of things in parenthesis, but then I discovered this was her method of showing June's smarts. It grew on me and I learned to like it. It was like I was actually in a genius's head. It was a great way to develop June's character.

June is affected by Day's being in the wrong place at a wrong time, but through all the grief and trails that it causes her, she stays strong. She never gives up. And when she learns the truth, she doesn't give up until she has done the right thing.

That's another reason why I liked her. She wasn't afraid to do what was right, even when that meant her whole world was turned upside down.

I did think Day's and June's first kiss came a little fast, but their whole romance didn't really follow after that. I mean, yeah they developed feelings for each other, but it was very complicated. They weren't exactly in a position to actually like each other, which hindered things immensely. It ended turning out all right though.

Another character I really liked was one that wasn't really there. He was more in the background, but he was also a huge impact in June's life. Her older, protective brother Metias. I loved him actually. He knew that the Republic was corrupt and he made sure that his sister would know. He didn't want her to live in the dangerous world of ignorance. I really liked him. I wish what happened hadn't happened. I think he would have turned out freaking awesome. 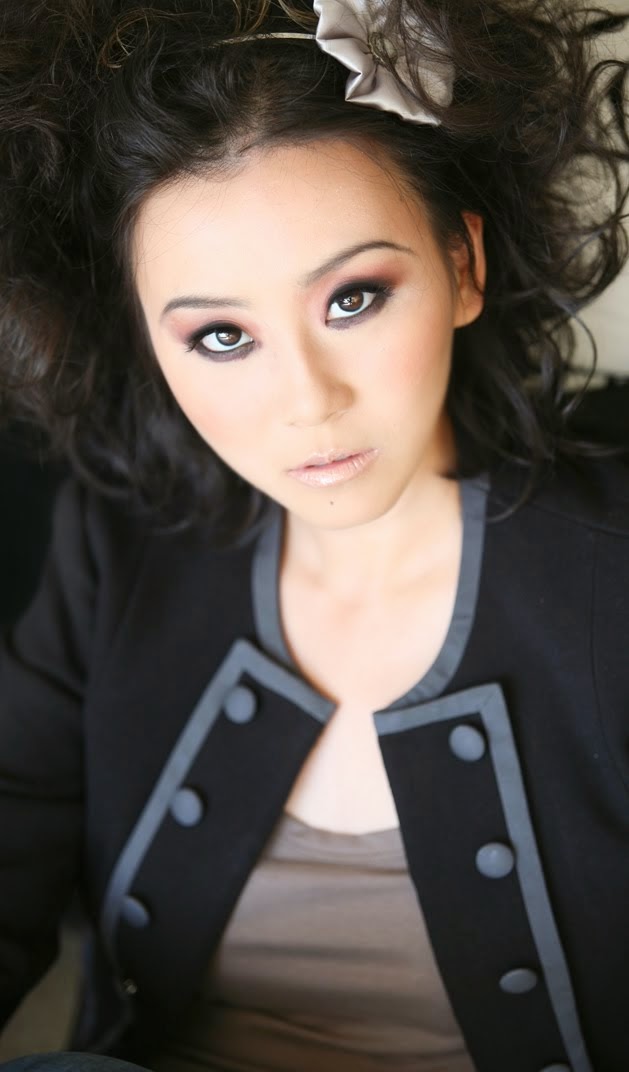 In the end, I think Marie Lu did an awesome job with this book. She has a way with words, and did a
wonderful job of writing from two different character's POV without making the mistake of making them sound similar. I could tell that there was an clear difference between June and Day, even though they were both child prodigies.

So now that I have written this review I think I will give it a 4 out of 5!

*I own a copy of this book. I am in no way affiliated with the publisher or author, nor was I compensated for this review. All thoughts are of my own opinion.*
Posted by Unknown at 6:20 PM