The Hunted: A Review 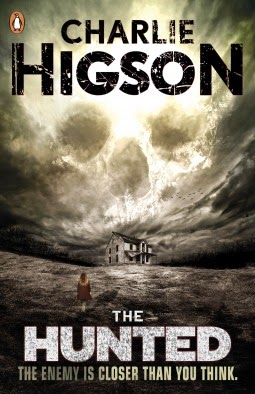 The Hunted is Charlie Higson's sixth terrifying installment in the thrilling The Enemy series. The sickness struck everyone over fourteen. First it twisted their minds. Next it ravaged their bodies. Now they roam the streets - Crazed and hungry The others had promised that the countryside would be safer than the city. They were wrong. Now Ella's all-alone except for her silent rescuer, Scarface - and she's not even sure if he's a kid or a grown-up. Back in London, Ed's determined to find her. But getting out of town's never been more dangerous- because coming in the other direction is every SICKO in the country. It's like they're being called towards the capital and nothing is going to stop them...In the penultimate book in The Enemy series, the survivors' stories cross with chilling consequences.

I NEED THE NEXT BOOK!

This is book six in The Enemy Saga and everything is finally starting to make sense. In the last book, we got a glimpse, but in this one, we get some answers.

Ed, Ella, Malik, Sam, The Kid, Blue, Maxie, and the Twisted Kids are so close to figuring out how to make their world a better place. They are all in separate places, trying hard to stay alive, and do what they can to rid the sickos around them.

In this book, we visit an old friend. I was so happy to see that he was alive. I didn't think I would, considering he was hardly in the story before, but what he did ... it was amazing. He saved poor Ella's life from what she thought would be paradise in the country side. His set up is quite amazing--he could last for years on everything he's got.

That is, until the horde of every sicko left in the UK starts migrating to central London.

We see from Ella's POV and from Ed's POV about how this horde affects the kids and their surroundings.

It was devastating--literally terrifying. This book even made my heart pound. It was awesome.

Later in the book, we see what the country kids have done to survive this past year in zombie-land. They sort of recreated the gladiators. They gather and save up sickos to pit them against kids. Mainly, it's their way to compete without killing each other--because these kids are vicious.

The violence keeps growing, as well as the amount of cursing and kids dying. This world is literally chaos.

And they are SO close to bringing it to and end. I am so sad that the next book isn't out before I return to school. I NEED to read it!!