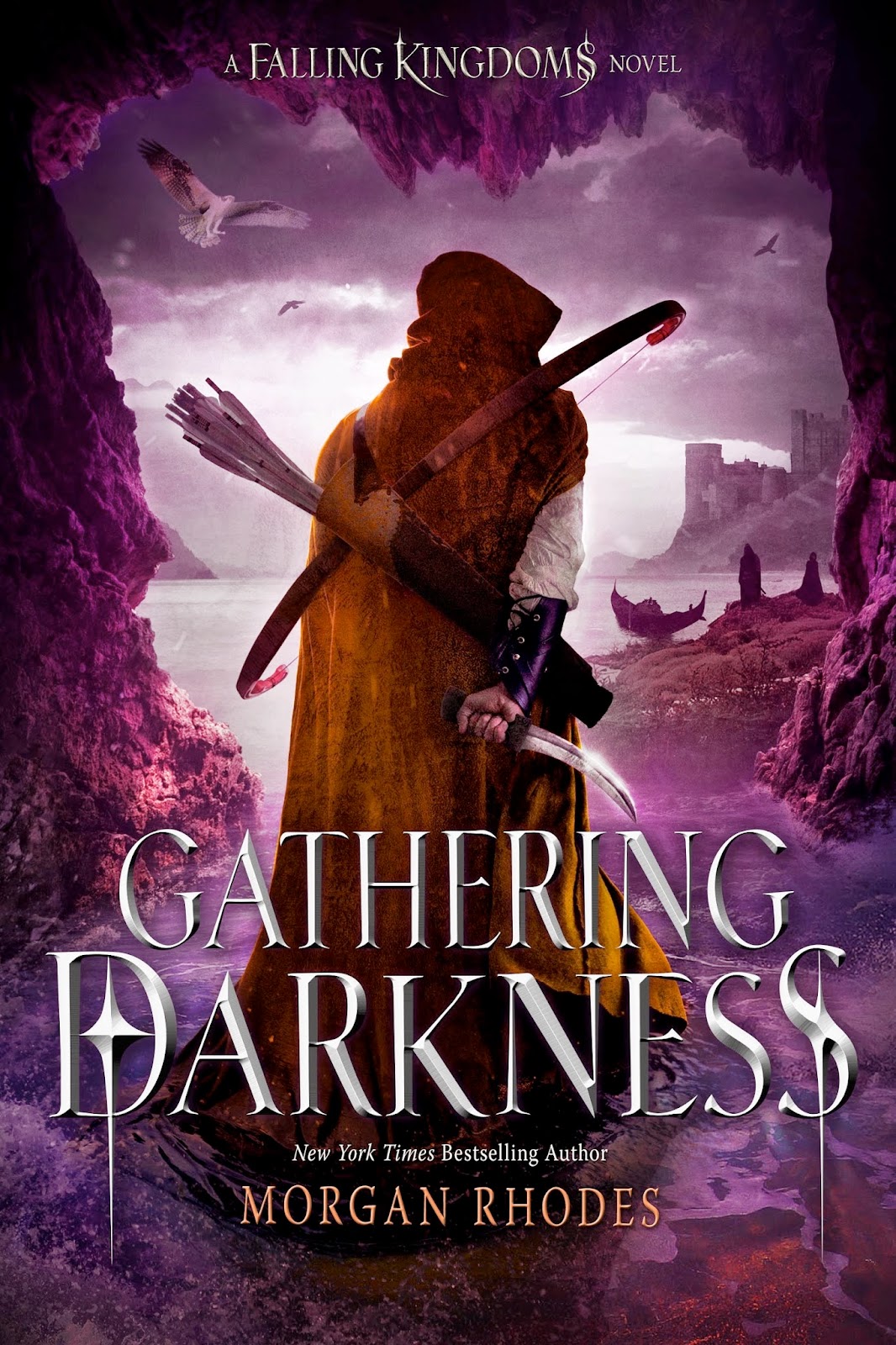 Prince Magnus has just witnessed torture, death, and miracles during the bloody confrontation that decimated the rebel forces. Now he must choose between family and justice as his father, the cruel King Gaius, sets out to conquer all of Mytica. All Gaius needs now are the Kindred - the four elemental crystals that give godlike powers to their owner. But the King of Blood is not the only one hunting for this ancient, storied magic...

• THE KRAESHIANS join the hunt. Ashur and Amara, the royal siblings from the wealthy kingdom across the Silver Sea, charm and manipulate their way to the Kindred, proving to be more ruthless than perhaps even the King of Blood himself.

• THE REBELS forge ahead. Princess Cleo and vengeful Jonas lead them, slaying with sweetness, skill, and a secret that can control Lucia's overpowering magic - all so they can use the Kindred to win back their fallen kingdoms.

• THE WATCHERS follow Melenia out of the Sanctuary. They ally in the flesh with King Gaius, who vows to use Lucia's powers to unveil the Kindred.

The only certainty in the dark times is that whoever finds the magic first will control the fate of Mytica... but fate can be fickle when magic is involved.

Gathering Darkness is the third book in the Falling Kingdoms series. This series will actually be six books long... and I have to say that it is one of the greatest series I have read in a VERY long time.

I regret that I wasn't blogging when I read the first two books in this series, so I don't have any reviews of them on my blog. What I can tell you, is that they are worth it! They are so incredibly fantastic, I find it hard to explain.

First of all, if you have a hard time following several plot lines at once, and a plethora of characters, this might not be the book for you. In the beginning, we follow four MAIN main characters, but as time goes on, there are more added to the story.

Seems like a lot right? Well, yeah, but that's what makes this series so fantastic. We see the plot unfolding from everyone's point of view. It makes for so much dramatic irony, it makes me literally scream out loud. And then there's the fact that even though you know what will happen, Morgan Rhodes still manages to surprise you.

No one is safe.

No one is the good guy.

And only a select few are recognizably evil.

It is so hard to figure out who the good guys are and which ones are bad. In my opinion there is only one man who is actually evil. As for everyone else... it's free game. FREE GAME.

Since there are so many characters in this book, I will focus on the main four. Also, there will be spoilers in here!

Cleo is the queen of the southern kingdom Auranos. Her kingdom has been overthrown by the King of Blood from the Northern Kingdom, Limeros. She is alone, all her family gone, and is left to fight for her kingdom with few friends. She is surrounded by enemies and must watch her back every second. I once thought that she might be a good guy, but her actions speak otherwise. I don't really know what to think of her anymore other than that she is cunning and good at fighting for what she wants.

Magnus. I actually have really come to like him. For those of you who are just reading the first book, you might think me crazy, but just wait. He is a victim of his father, the King of Blood. Magnus is known as the Prince of Blood, but unlike his father, he is not completely evil (at least, I think so). He does have an attitude that the ends justify the means, but he is starting to have a heart... I believe he has so much potential to be good. He is by far the most confusing person in this series.

Jonas. I like him... The poor guy has had such a rough life. He's from the middle kingdom Paelsia. He has been a victim of rule from both the Northern and Southern kingdom. He only wants what is right for his people. He wants them freed from the tyranny of the King of Blood. He wants to live and avenge his family and friends' deaths. I believe he is good, but like Cleo, I am unsure as to how far he is willing to go.

Lucia. I hate her. HATE HER. I didn't in the beginning of this series but... See how confused I am as to who is good and who is not? Everyone changes in a flash of a moment, and I am reduced to hating characters I once liked. She is also one of the most confusing characters. Although, I believe after the events of this book, she has changed for the worse. It's kind of sad, but such is life... Lucia is Magnus's adopted sister and is also a victim of the King of Blood. Actually, she's a victim of just about everyone. Everyone lies to her and cheats her, so I don't blame her for going crazy but... yeah, I do still blame her. Until now, she was better than everyone and now she's gone too far.

I highly recommend this book to those who love intrigue, secrecy, magic, mystery, adventure, and anticipation.

I CANT' WAIT FOR THE NEXT BOOK!