The Archived: A Review 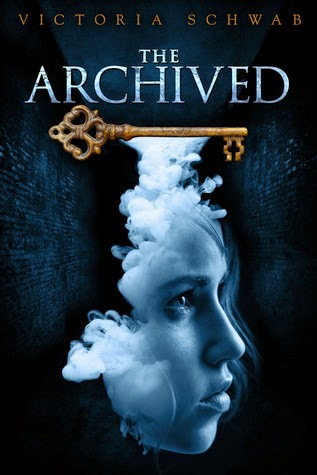 Description (taken from goodreads):
Imagine a place where the dead rest on shelves like books.

Each body has a story to tell, a life seen in pictures that only Librarians can read. The dead are called Histories, and the vast realm in which they rest is the Archive.

Da first brought Mackenzie Bishop here four years ago, when she was twelve years old, frightened but determined to prove herself. Now Da is dead, and Mac has grown into what she once was, a ruthless Keeper, tasked with stopping often—violent Histories from waking up and getting out. Because of her job, she lies to the people she loves, and she knows fear for what it is: a useful tool for staying alive.

Being a Keeper isn’t just dangerous—it’s a constant reminder of those Mac has lost. Da’s death was hard enough, but now her little brother is gone too. Mac starts to wonder about the boundary between living and dying, sleeping and waking. In the Archive, the dead must never be disturbed. And yet, someone is deliberately altering Histories, erasing essential chapters. Unless Mac can piece together what remains, the Archive itself might crumble and fall.

In this haunting, richly imagined novel, Victoria Schwab reveals the thin lines between past and present, love and pain, trust and deceit, unbearable loss and hard-won redemption.

In the beginning, I did not really know what to make of this book. Yet, it was intriguing and drew me in with this paranormal, fantastic world of The Archive. The fact that every dead person does not in fact die completely, but lies in coffin like boxes on shelves and can be woken up was a bit frightening.

I would not want to be in main character, Mackenzie Bishop's life.

She travels in the odd in between world of the Narrows, where the dead, known as Histories, go to after they wake. It is her job to send them back to The Archive where the workers (known as the Librarians) put them back to rest. And Mackenzie, aka Mac, is very good at her job.

Only, she is held back by the pain of losing her younger brother, Ben. The lost of that little boy almost tore her family apart. Not only does Mac have to lie to her parents about every little thing because she is a Keeper (a hunter of Histories), but her parents have become a bit estranged in their grief. It saddened me to see the broken relationship between Mac and her parents when she obviously loved them and wanted a normal relationship with them. Yet, I did admire her ability to stay strong and retain her focus (for the most part) despite these hardships.

Torn by their grief, her parents move her to an ancient apartment building, once a hotel, to escape the pain of the past. It is here that we meet Mac's new friend, Wesley Ayers.

I like Wesley. He's funny, intuitive, and charming. I think what I like most about him is his determination to not stand down and let Mac and all her lies walk over him. He is strong and is that one guy who you definitely want as your best friend. I love his reasoning for why he dresses the way he does and how he is not afraid to be who he is--a Keeper, as well as one of the biggest flirts Mac has ever met.

Wesley and Mac live in the world of lies, but it did bother me slightly when Mac kept certain things a secret from him. Wesley was there for her, in the hardest times and she only pushed him away. Which, I suppose, is what she was trained to do, but still.

And then there was Mac's weird relationship with a History named Owen. I felt like she was using him, until... Well. Let's just say when the book got the that "OH MY GOSH MOMENT," Mac's relationship with Owen didn't bother me anymore. In fact, I felt bad for her, but... I'll let you figure out why on your own.

I see that I've complained about Mac a bit here, but really she was a great strong female lead. There was valid reasoning behind her actions and I understand why she did what she did. In the end, she held out strong, despite betrayals and a bombardment of truth about The Archive piled onto her shoulders. Mac is the right person to hold all this knowledge, and I was proud of her when she finally let loosened up and confided in Wesley. I saw a lot of growth in her throughout the novel, all for the better. 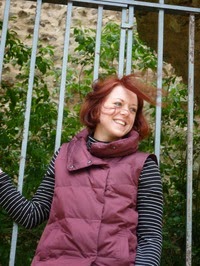 I sort of wished for a bit more action in the beginning and middle, but overall this book was quite good. Victoria Schwab has a gift with writing in first person, present tense--you don't see that very often. The ending was a pleasant surprise and ended with a bang! I can't wait for to read the next novel, The Unbound.