Sure, the glass castle floating over Evan’s head makes him uneasy, but that’s the least of his worries. With each step inside the Dungeon of Dreadful Dreams, he must battle against his worst nightmares. One after the other, wispy smoke-filled bull sharks come at him — he must remember they’re only illusions pulled from his imagination by those dreaded shadowlike hands. If only the vengeful dragon circling above was also an illusion and didn’t have his mind set on destroying the one person who can control him: Emrys.

Inside the castle’s glass tower, Emrys sleeps in an eternal slumber, and Evan’s uncertain whether he can save the great wizard. Especially now that Emrys’ former student, the Lady of the Lake, has joined forces with the cunning immortal Alamaz. Together they have already stolen the Dragon’s Egg, but their greed doesn’t end there. The Siren’s Pearl calls to them, and that means only one thing … Atlantis is in trouble.

Join Evan, Claire, and Dunkle — along with a few other unlikely heroes — as they travel across the realm of Medieval Legends, float through the Ancient Isle of Avalon, plunge inside the Dungeon of Dreadful Dreams, and be there when Atlantis rises once again.

The Serpent's Ring (Relics of Mysticus- Book One)

Evan and Claire Jones are typical teenagers, forced to go with their parents to yet another boring museum … that is, until something extraordinary happens to make their day a little more than interesting. After following a strange little creature into a closed exhibit, Evan and his older sister, Claire, discover the Serpent’s Ring, one of the magical relics formed from the shattered Mysticus Orb. Purely by accident, they have awakened its powers and opened a portal to Sagaas, land of ancient gods.

Before the siblings can comprehend what has happened, the Serpent’s Ring is wrenched from Evan’s hand by an enormous fish and flown back to Aegir, the Norse god of the sea. Evan and Claire, accompanied by a band of unlikely heroes, must retrieve the Serpent’s Ring before Aegir uses its immense powers to flood all the lands on Earth.

The Trickster's Totem (Relics of Mysticus - Book Two)
Life has returned to normal for fourteen-year-old Evan and his older sister, Claire. That is until Dunkle, a clever but stinky little imp, pays an unexpected visit to their school. He has come to take the siblings back to Sagaas, the mythical realm of the gods. Once again, a Relic from the ancient Mysticus Orb has fallen into the wrong hands. Only Evan and Claire, with their unique mystical abilities, can help find it.

Through the power of the Trickster’s Totem, a coyote trickster has escaped. His laughter echoes throughout the realm, as he spreads mischief and mayhem. He burns an entire crop of popcorn, carves his grinning image into sacred artifacts, and things really get interesting when he shape-shifts into Evan’s friends.

Claire and Evan must capture the Trickster, retrieve the Totem, and be careful not to become sidetracked by robotic Steampunk animals, “sweet” pixie-like Pains, and a problematic mermaid … all while dodging Mothman-like aces. Most surprising, Evan discovers the true reason dragons exist in the Native American Spirit World. 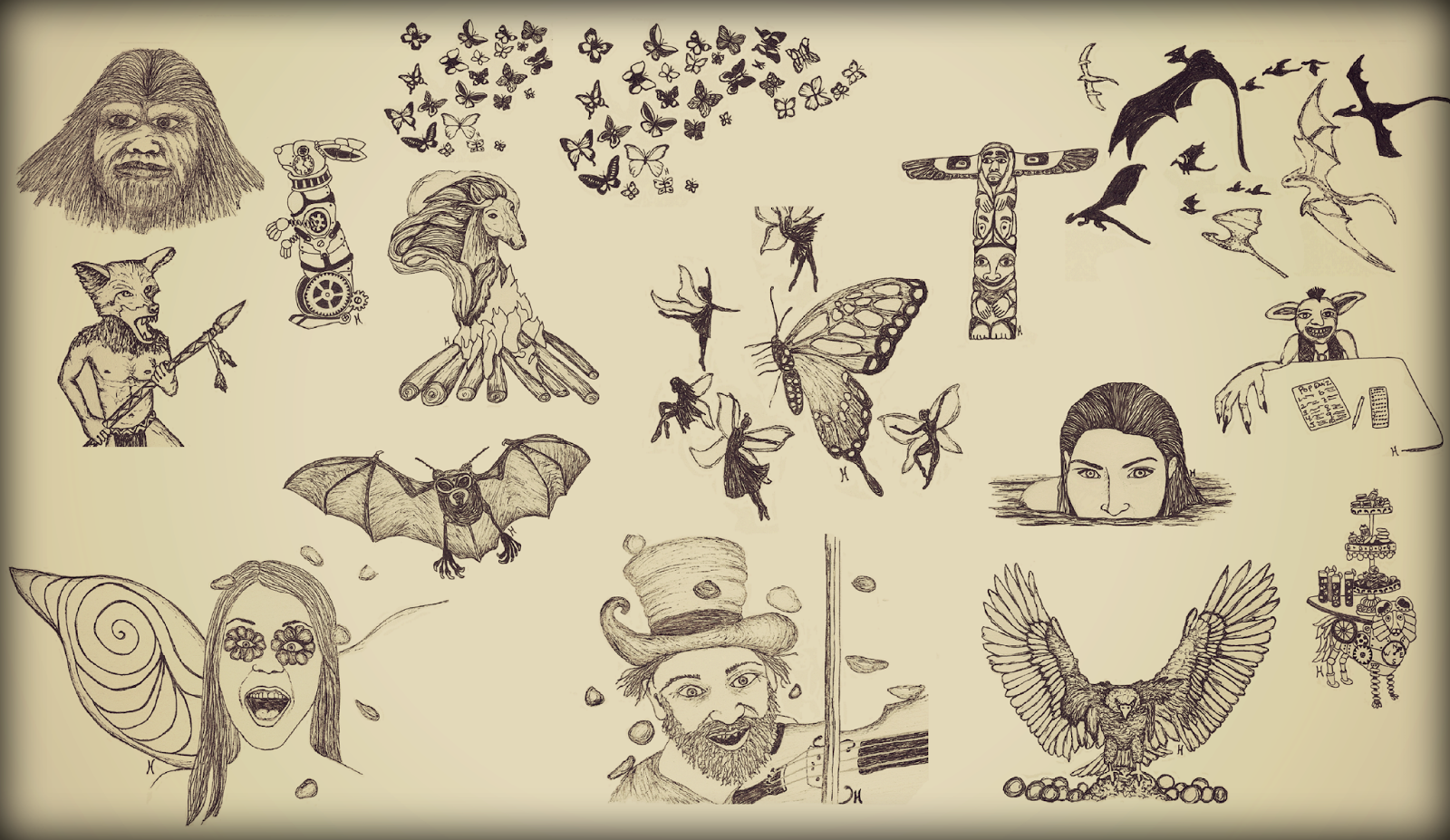 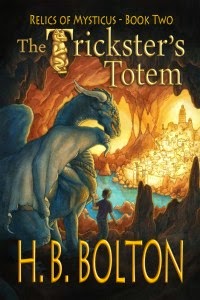 My dream review by H.B. Bolton

Review was given by J.K. Rowling.

H.B. Bolton is an author after my own heart! I’m elated to have discovered her wondrous book series, Relics of Mysticus, where ordinary teens are transported into multiple realms of mythology. Although The Trickster’s Totem is a sequel to The Serpent’s Ring, readers can easily jump into this new adventure without having to read the books in order. I’m not sure, however, why would anyone want to.

Bolton had a way of pulling me into her mystical world, and The Trickster's Totem reached out and grabbed me in the first few lines. Siblings Evan and Claire have just returned from Asgard and are re-adjusting to their normal routines. But their lives abruptly change when in the middle of school, Dunkle, an odiferous imp, arrives with bad news. The Trickster’s Totem fell into the wrong hands and has been used to release the Coyote Trickster, a mischievous creature from the Native American Spirit World. The Trickster has already set fire to a field of corn to make popcorn, carved his devious face into totems, and created menacing toys in his own likeness.

Evan and Claire have an unspoken responsibility to protect the Relics of Mysticus, as well as retrieve them when they’re stolen. Their powers and bond are put to the test when they are lured into a trap by robotic Steampunk animals, invited to “tea” by menacing pixielike Pains, and manipulated by a problematic mermaid … all while dodging Mothman-like aces.

The Trickster’s Totem contains a multitude of underlying morals that are cleverly hidden beneath a fast-paced and entertaining quest. Speaking of which, I am not a fan of bullies and appreciated Bolton’s playful spin on dealing with one such crude, bothersome teen. I was happy Evan used his mystical power to put a halt to the bully’s antics. In fact, I know of a young wizard who would have acted in the exact same manner, even if it would entail being banished from school.

So far, I’ve enjoyed this author’s spin on Norse myths and Native American legends, and look forward to following Evan and Claire along their future adventures. I’m especially anxious to see how Evan’s character develops from being an innocent — and somewhat snarky — young man into a young adult.

Perhaps, when it’s time to create the world of the founders of Hogwarts, I will consider conspiring with this up-and-coming author.

In any regard, I give The Trickster’s Totem Five Golden Snitches!

About the Author:
A magical part of H.B. Bolton’s childhood was being swept into worlds of enchanting 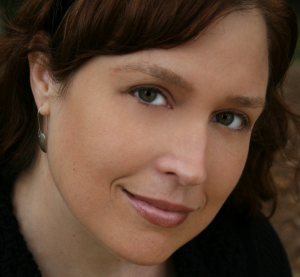 characters, fantastical creatures and extraordinary powers—simply by picking up a book. As a mother and a teacher, she was compelled to create imaginary worlds of her own in order to share them, not just with her children, but with all children. H.B. Bolton lives in Florida with her supportive husband and two highly spirited children. Shh, can you keep a secret? Not only does she write books for the young-at-heart, adventurous sort who yearn to dive into a good young-adult fantasy story, she also writes spellbinding, heart pounding women’s fiction. These particular books are written under the name Barbara Brooke, but that’s another story, altogether.