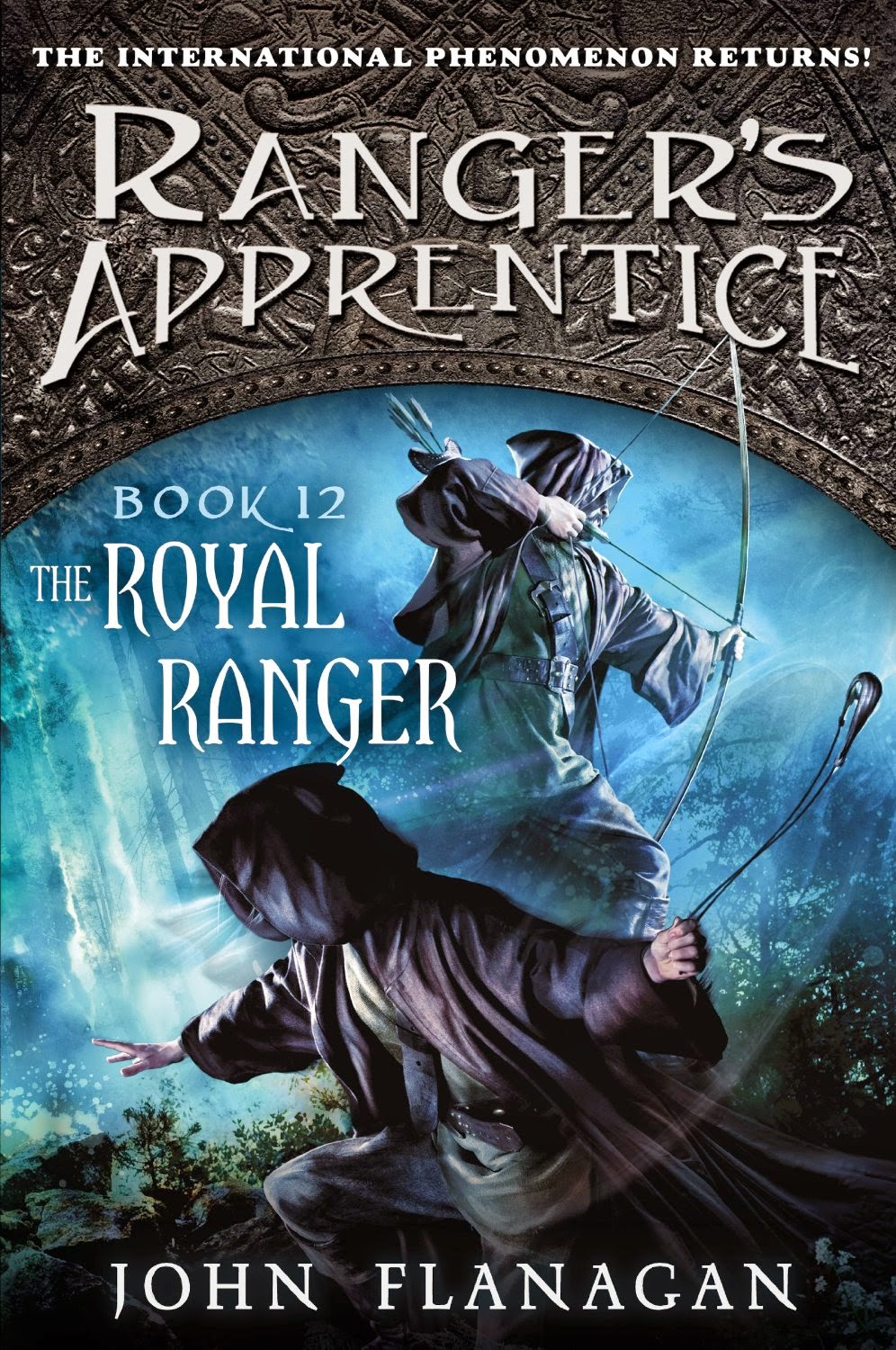 After a senseless tragedy destroys his life, Will is obsessed with punishing those responsible - even if it means leaving the Ranger Corps. His worried friends must find a way to stop him taking such a dark path.

It is Halt who suggests the solution: Will must take an apprentice. The candidate Halt has in mind surprises everyone - and it's a request Will cannot refuse.

Training a rebellious, unwilling apprentice is hard enough. But when a routine mission uncovers a shocking web of crime, Will must decide where his priorities lie - finishing his quest for revenge, or saving innocent lives?

John Flanagan makes a spectacular return to the world of Ranger's Apprentice - but what has happened since you last saw Will and his friends might shock you!

Once again John Flanagan has written another powerful book for Ranger's Apprentice. I was awed by the way he wrote this one. Will is now one of the most senior Ranger's, Halt is retired, and Gilan is head of the corps.

And yet, a tragedy so terrible has struck Will. So much so, that he's not the Will we remember. This is about fifteen years after book 11, The Lost Stories.

In all honesty, I was in shock this whole book. I couldn't believe what happened actually happened. Though in reality, I shouldn't have been. Something like this was bound to occur sooner or later, but I was living in the fantasy of this world and hoping that nothing like this would happen...

In this book Will's friends convince him to take on an apprentice, who I actually turned out to like. His apprentice grew from a spoiled brat to a strong and reliable person. Will did a wonderful job of helping his apprentice, which in turn, helped himself learn how to deal with the grief that was tearing him apart. Not only that, but I loved to see how he found himself doing a lot of things similar to his old mentor, Halt. The connection between the characters is one of the things I love most about this series and Flanagan continued it all throughout this one.

I don't name the apprentice, because it's a spoiler.

Anyway, I was really shocked with the way this one ended. In the dedication, Flanagan says that it's the last book and then he dedicates it to his biggest fans. So when I read the ending, knowing that this was the last book my immediate reaction was:

THAT CAN'T BE THE ENDING!

And then I thought about it.

Truth be told, Will's story is over. He will continue to raise his apprentice, yes, but the point is that he found happiness again. Will discovered himself again. Through much trial and hardship, he was able to learn to control the grief that racked him for a year and a half. He will always have that pain buried deep within him, but he found a way to have joy in his life again. Once more, his friends helped him on a journey that ended in wonderful lessons learned and increased companionship.

Now that I really think about it, the ending was wonderful (and yes, I admit, I'm tearing up as I read this and I did cry while reading). I see that Flanagan ended it in a way that wasn't flamboyant or mind boggling, but simple and realistic. And frankly, I now find that very admirable.

Once again, for this beautiful series that has fully captured my heart, I give it a 5 out of 5!
Posted by Unknown at 5:00 AM