The Vanishing Game: A Review 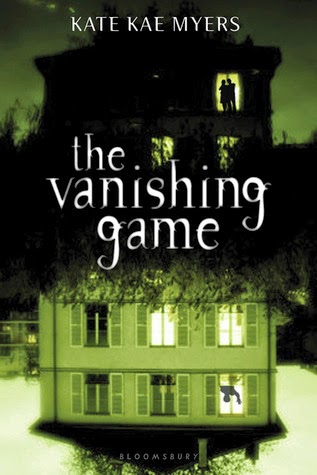 Seventeen-year-old Jocelyn follows clues apparently from her dead twin, Jack, in and around Seale House, the terrifying foster home where they once lived. With help from childhood friend Noah she begins to uncover the truth about Jack's death and the company that employed him and Noah.

Jocelyn's twin brother Jack was the only family she had growing up in a world of foster homes-and now he's dead, and she has nothing. Then she gets a cryptic letter from "Jason December"-the code name her brother used to use when they were children at Seale House, a terrifying foster home that they believed had dark powers. Only one other person knows about Jason December: Noah, Jocelyn's childhood crush and their only real friend among the troubled children at Seale House.

But when Jocelyn returns to Seale House and the city where she last saw Noah, she gets more than she bargained for. Turns out the house's powers weren't just a figment of a childish imagination. And someone is following Jocelyn. Is Jack still alive? And if he is, what kind of trouble is he in? The answer is revealed in a shocking twist that turns this story on its head and will send readers straight back to page 1 to read the book in a whole new light.

I have to say, this certainly a suspenseful book. It made me jump in all the right places. It even had a huge creep factor.

Jocelyn grew up with a troubled mother in messed up circumstances. To make it worse, she was sent to Seele House - a foster home filled with really troubled kids. A lot of messed up things happened. And to make it worse, the chick who ran the place was a part of the whole messed up factor.

Once Jack dies, everything goes wrong for Jocelyn. She seeks out her old childhood friend in order to help figure out what all these clues were about. One thing leads to another and we are on a chase.

ISI, the company Jack worked for gets involved and everything just goes crazy.

It was an awesome, suspenful ride.

Everything was so realistic until the author added this TINY thing that just crushed the mood, the atmosphere, and the suspense for me. Crushed it. So much so that I almost put the book down. Everything was so believable, like it could happen in real life until this. And yet, there was only ten pages left so I finished it.

Happy ending. Everything tied up. Yay, but super disappointing. It's a good thing that I liked the characters, Jocelyn and Noah. And I am happy they ended up together--after everything, they were indeed perfect for one another.