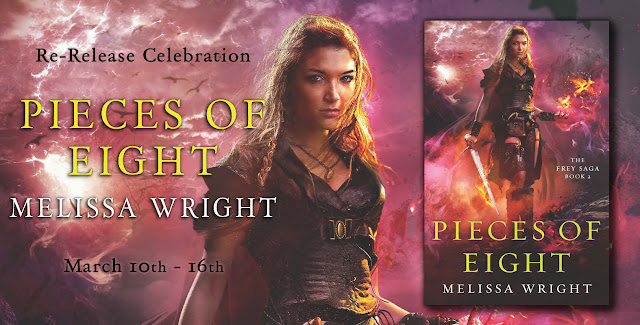 Welcome to the Re-Release Celebration for

Pieces of Eight
By Melissa Wright


Pieces of Eight, a YA/NA Fantasy, has been re-released with a fantastic new cover! Check it out and enter the giveaway below... 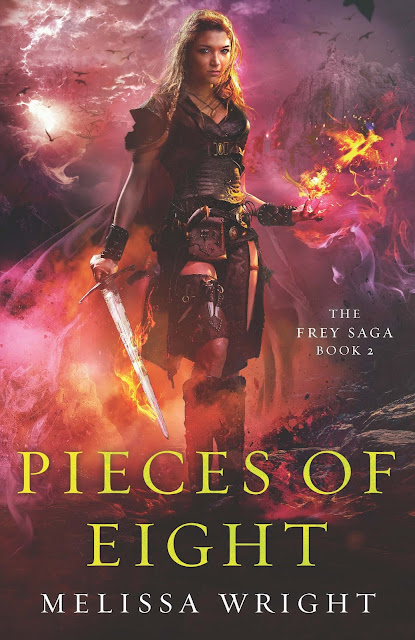 The story of Frey continues in this, the second book of the series.

After revealing her dark history, Frey is forced to join with a group of strangers whose pasts seem to intertwine with her own. She struggles to regain her memories and her full power, only to discover there is more danger on the other side. Except now, there is no turning back. 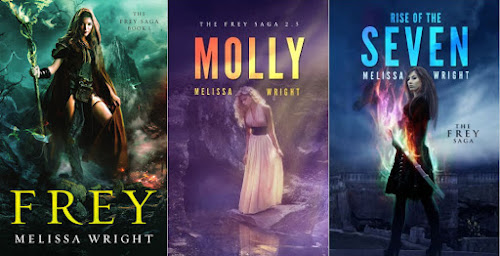 Unaware she's been bound from using magic, Frey leads a small, miserable life in the village where she's sent after the death of her mother. But a tiny spark starts a fury of changes and she finds herself running from everything she's ever known.

Hunted by council for practicing dark magic, she is certain she's been wrongfully accused. She flees, and is forced to rely on strangers for protection. But the farther she strays from home, the more her magic and forgotten memories return and she begins to suspect all is not as it seems.

Molly dreamed her whole life of living in a world of magic... until the day she walked into one. This short story falls between The Frey Saga Book Two: Pieces of Eight and the third book, Rise of The Seven.

As Frey works to regain control of the North, a small silver dagger nearly brings her end. She raises her guard and proves her abilities, but another attempt on her life, from what appears to be fey, reveals not all are pleased with her return. If she could only figure out the force behind the attacks, she might be able to relax enough to decide what to do about her other problem... Chevelle.

Melissa Wright is the author of the Frey Saga and Descendants Series. She is currently working on the next book, but when not writing can be found collecting the things she loves at Goodreads and Pinterest. 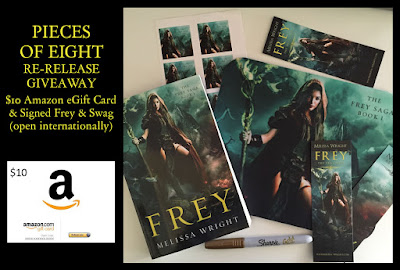