Lost to Me: Book Blitz!! 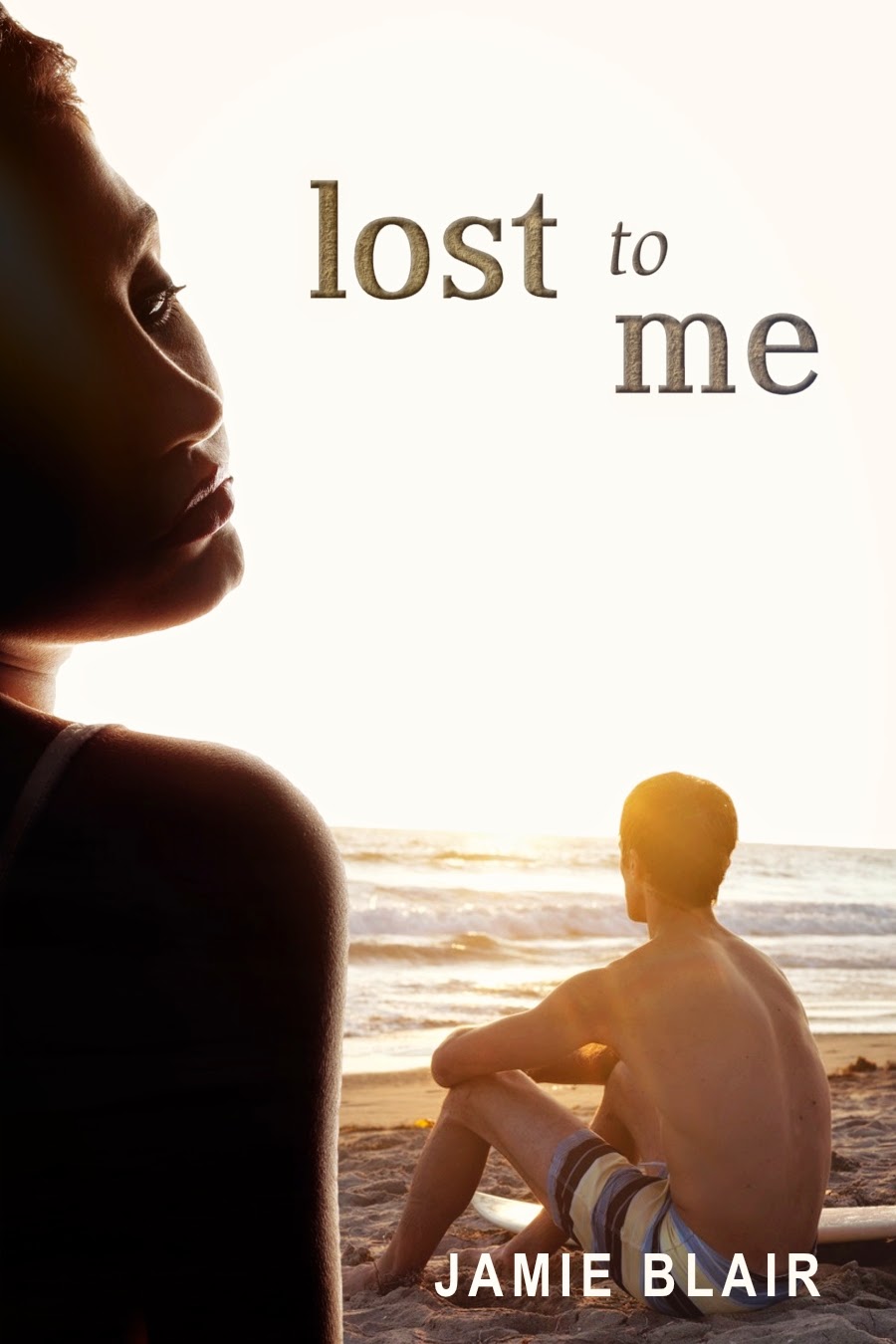 
Lauren Kelling’s prom night is a memory she’ll never forget—in her nightmares. She had the dress, the hair, and romantic first time plans with her boyfriend, Kolton Seidel. But what should have been the best night of her life bleeds into terror when she’s brutally attacked.

Now, Lauren relives the events leading up to prom, unraveling the clues that should have warned her of the trauma to come. Like Kolton ’s malicious ex-girlfriend, who’ll do anything to rip them apart. Or Kolton’s mentally unstable brother.

After the tragedy, Lauren wants to hide, disfigured inside and out, while Kolton drowns in a sea of guilt. Only together can the two of them lay rest to the past and heal each other, through a love too strong to break.


I woke at one A.M. to my vibrating phone clattering loudly on top of my nightstand. I jolted up and grabbed it, my eyes darting to the screen. Three new text messages. I scrolled through and realized Kolton had been trying to reach me for the past hour. The first message said he missed me and asked what I was doing. The second said he was sure I was probably sleeping, and the third said, he didn’t want to call because it was so late and he didn’t want to wake my mom or dad. The last message had been sent at midnight.

I sent him a text back, telling him I’d been asleep and had just gotten his messages. Then I crossed my fingers, hoping he was still awake and would answer. Several minutes later, my phone vibrated again, and I read his text.

Have to talk to you. Come out on your balcony.

I jumped up and ran out the French doors. The wood deck under my feet was still wet from the day’s storm, and cold with the night air.

“Hey,” he said in a low voice from down below.

“What are you doing down there? I can’t see you.”

“Can you come down?”

Mom, Dad and Amy were all in bed when I dashed through the house, out the back patio door, and across the sand to where I’d heard his voice under the balcony. He stood there with his arms out, waiting to hold me.

They wrapped around me, and he nuzzled his nose in my hair. “God, I’m glad I got to see you. This has been the worst night.” Then, he kissed my cheek and my neck and ran his hands over my back. “Your nightgown’s so soft, and you’re still warm from sleep.” His embrace tightened. “It’s like I woke up from a nightmare and here you are beside me.”

About the Author
Jamie Blair lives in Northeast Ohio with her husband, their two kids and a cat that broke into their house and refused to leave. She won a young author's contest in third grade, but it probably shouldn't count since her mom wrote most of her entry. LEAP OF FAITH is her first novel. She promises her mom didn't write one word of it. 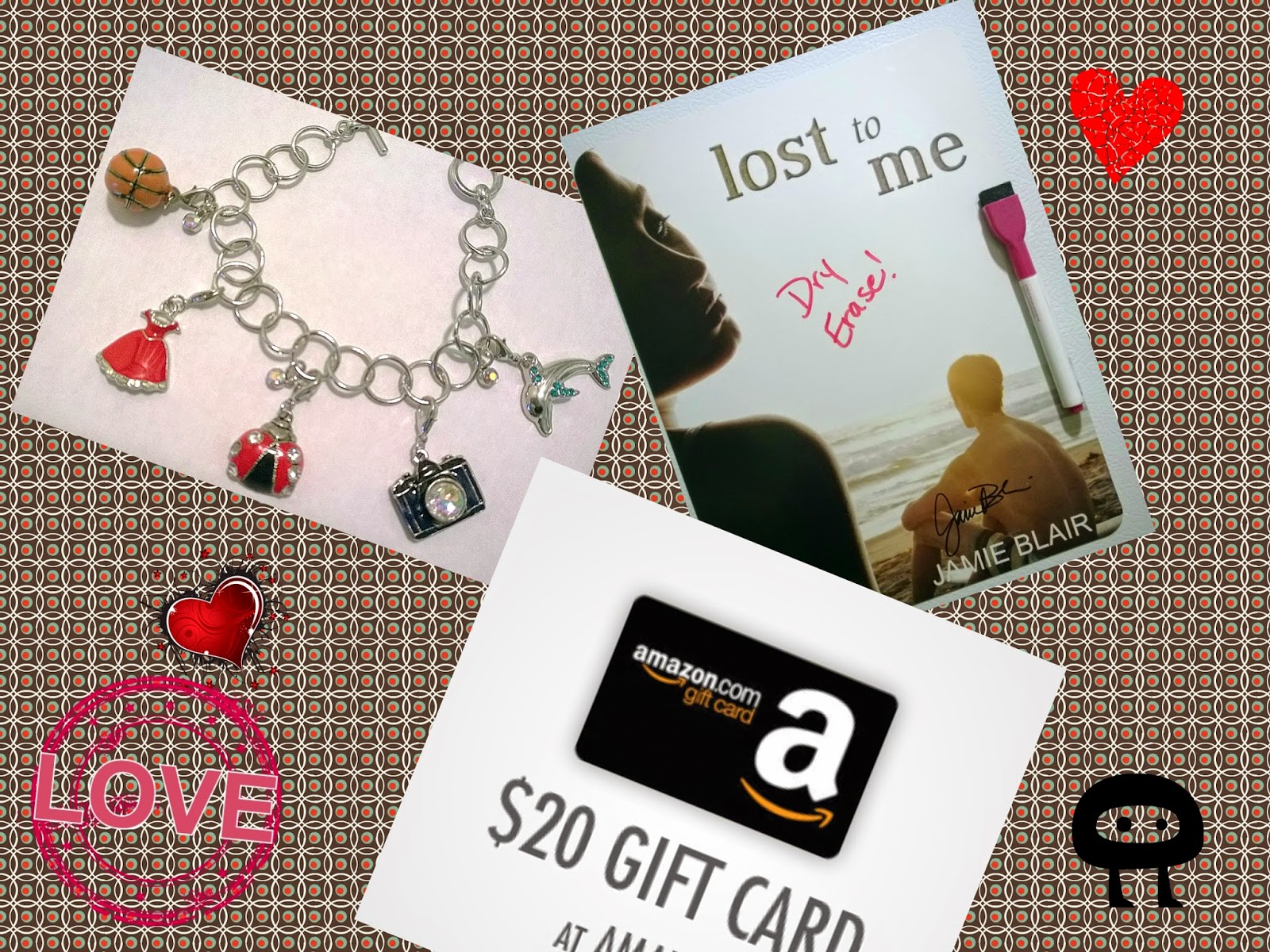 1 - Bracelet with charms that go
with the book, a $20 Amazon card and a signed, dry erase, cover magnet (INT)