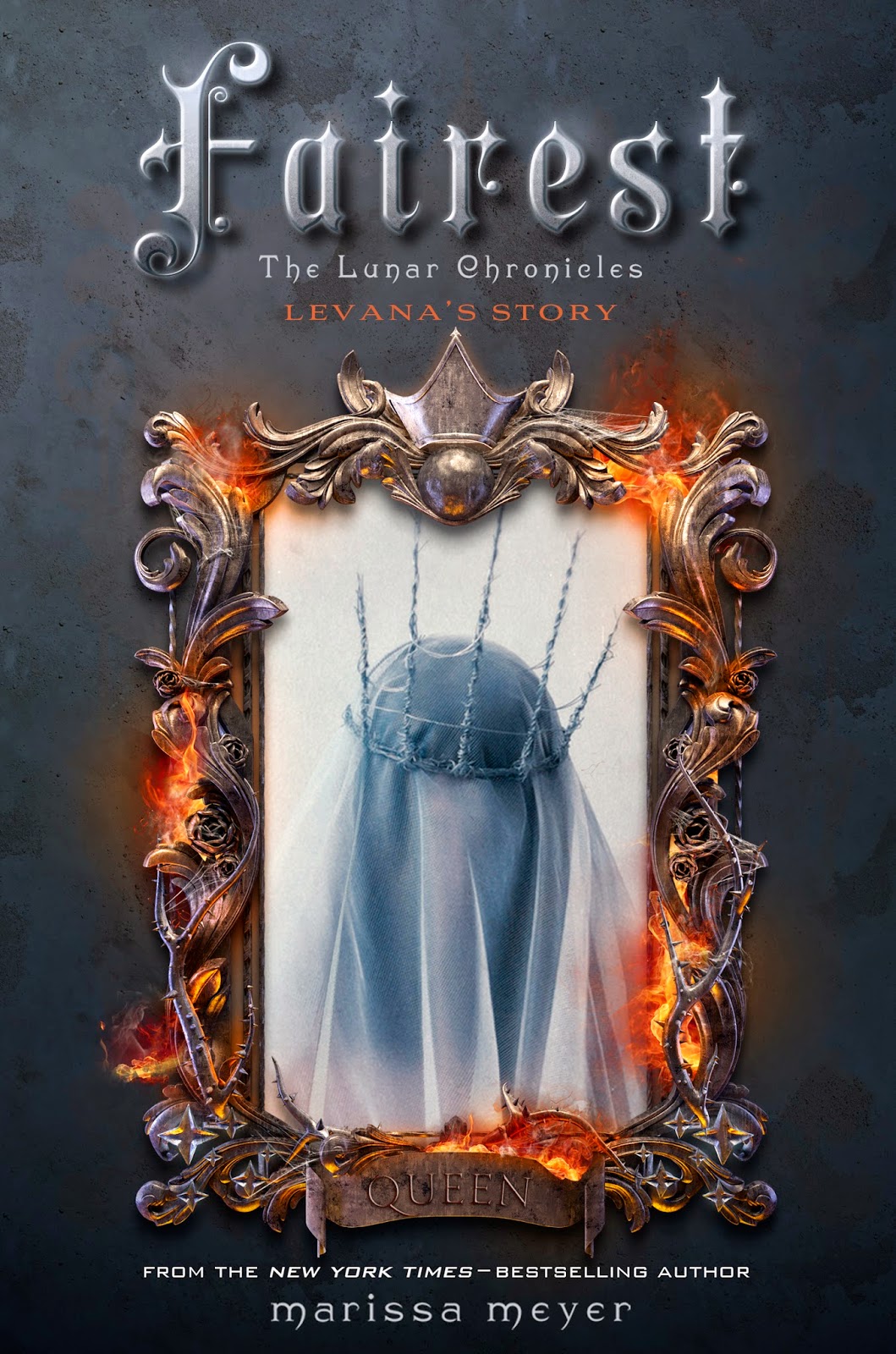 In this stunning bridge book between Cress and Winter in the bestselling Lunar Chronicles, Queen Levana’s story is finally told.

Mirror, mirror on the wall,
Who is the fairest of them all?

Fans of the Lunar Chronicles know Queen Levana as a ruler who uses her “glamour” to gain power. But long before she crossed paths with Cinder, Scarlet, and Cress, Levana lived a very different story – a story that has never been told . . . until now.

Marissa Meyer spins yet another unforgettable tale about love and war, deceit and death. This extraordinary book includes full-color art and an excerpt from Winter, the next book in the Lunar Chronicles series.

I have loved the Lunar Chronicles from book one: Cinder. It is by far one of my favorite fairy tale retelling series. It is a futuristic novel filled with cyborgs and space travel, but it is still fantastic.

This novella begins when Levana is fifteen. We see her relationship with her terrible sister, Channary. I thought Levana was a horrible person, but then we see Channary. At least we know where Levana gets it from, considering her parents barely paid attention to her, and were mrudered.

As the story moves on, we see Levana's motivation of wanting to be loved and accepted. She manipulates people to do what she wants and goes so far as to coerce a man to marry her.

It gets to the point where I simply felt pity for Levana. She is an incredibly formidable adversary and a strong antagonist, but underneath all her hate and bloodthrity psycho crazy, she is really pathetic.

She desperately wants to be loved, but she goes to extremes and always makes the wrong choice, especially when she knows what she is doing is wrong.

At one point, she was reduced to begging. It was at this point that I realized just how pathetic she really is.

I'm not saying she isn't a well developed character. She is! Meyer created a 3D character who is believable. Levana is terrifying and will go to extremes to get what she wants.

We also get to see Cinder before she becomes her cyborg self and why she had to become a cyborg to live. Because of this, I don't believe that Fairest should be read as a prequel. If you read it after the third book--which it was released after--it would make a lot more sense when it comes to explaining some backstory to Cinder. It would also spoil a few things, I think.