Rewind to You: A Review 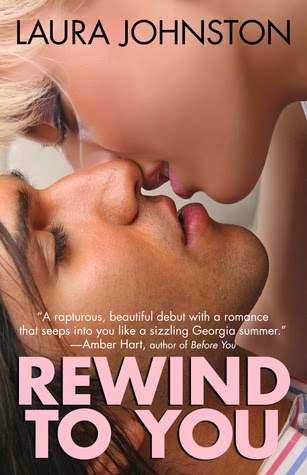 “A rapturous, beautiful debut with a romance that seeps into you like a sizzling Georgia summer.” —Amber Hart, author of Before You

Wish You Were Here

One last summer before college on beautiful Tybee Island is supposed to help Sienna forget. But how can she? This is where her family spent every summer before everything changed, before the world as she knew it was ripped away.

But the past isn’t easily left behind. Especially when Sienna keeps having episodes that take her back to the night she wants to forget. Even when she meets the mysterious Austin Dobbs, the guy with the intense blue eyes, athlete’s body, and weakness for pralines who scooped her out of trouble when she blacked out on River Street.

When she’s with Austin, Sienna feels a whole new world opening up to her. Austin has secrets, and she has history. But caught between the past and the future, Sienna can still choose what happens now…

“A fabulous, fresh new voice in YA.” —Kay Lynn Mangum, author of The Secret Journal of Brett Colton

“This poignant, sweet romance gripped my heart from beginning to end.” —Jennette Green, author of The Commander’s Desire

I just have to say that this story was adorable, heartbreaking, and heartwarming all at the same time.

Laura Johnston has written a beautiful story with wonderful characters that have so much depth to them, I could have sworn they were real.

Sienna and her family are spending the summer in Georgia, a year after her father passed away. His death brought many strains to the family, both relationship wise and financially. Sienna is traumatized by the event that killed her father and has begun to have fainting spells. Although, these aren't normal fainting spells--strange dreams are attached.

Austin is a strong young man who has one of the biggest hearts I've ever read about. He is kind to everyone he meets, and is head over heels swoon worthy. It's no wonder Sienna fell for him so quickly. He is a football star, and an incredibly hard worker. One of his greatest flaws though, is his ability to forgive.

I also liked the parts of the story that included Sienna's younger brother, Spencer. The love she had for him was so touching. Austin was equally amazing with him, nearly becoming the older brother Spencer never had. It was touching and made my heart swell.

Not only is this book a beautiful love story, but it teaches us how to forgive. This book helps us realize the burden a grudge can be, and how love strengths us to do things we never thought we could.

I was brought to tears several times near the end of this book. The characters felt so real and I could feel their pain. Sienna and Austin's love story is realistic and develops well. Their relationships with their family and friends are also genuine. It was like I was walking beside them on their journey of friendship, love, growth, and forgiveness.