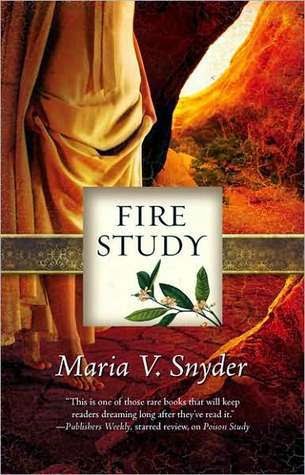 The apprenticeship is over—now the real test has begun.

When word that Yelena is a Soulfinder—able to capture and release souls—spreads like wildfire, people grow uneasy. Already Yelena's unusual abilities and past have set her apart. As the Council debates Yelena's fate, she receives a disturbing message: a plot is rising against her homeland, led by a murderous sorcerer she has defeated before...

Honor sets Yelena on a path that will test the limits of her skills, and the hope of reuniting with her beloved spurs her onward. Her journey is fraught with allies, enemies, lovers and would-be assassins, each of questionable loyalty. Yelena will have but one chance to prove herself—and save the land she holds dear.

This was another great installment in the Soulfinder series. Although, I do have to admit it wasn't my favorite.

In this one, Yelena suddenly becomes too good for anyone. Meaning, that even though she's always been head strong and wanted to make her own decisions, she doesn't really listen to the sound advice that her friends give her. She came to think that she was the only person who knew what she was doing... Which was very wrong.

This book also seemed to drag more than the first two. But other than those two things, this book was equally as good as the first two.

I liked the adventure in this one, and how most of the main side characters finally came together to take down the villain--the Fire Warper. The things Yelena had to go through to bring this guy down showed us her true colors. She is very powerful, and through her mistakes, she recognizes that she wants to use her abilities for good. The magic that binds her to the Power Source is tempting to steal and let it corrupt her, but she stands strong and fights for what is right.

Once again, Valek proved to be an amazing person. I think he is the character who has grown the most. He went from being die-hard assassin with a one track mind, to helping people he once tried fo kill. In essence, he became nicer. Though he's still super tough and wicked good a fighting, he is now softer when it comes to the more delicate.

I'm interested to see where the series will go from now. I give this a 4 out of 5!
Posted by Unknown at 5:00 AM