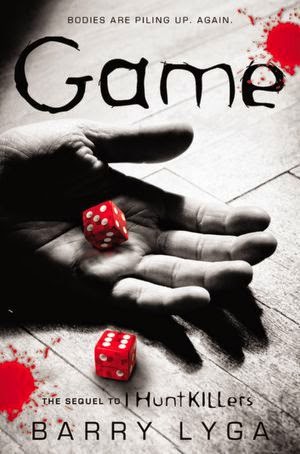 Billy grinned. “Oh, New York,” he whispered. “We’re gonna have so much fun.”

I Hunt Killers introduced the world to Jazz, the son of history’s most infamous serial killer, Billy Dent.

In an effort to prove murder didn’t run in the family, Jazz teamed with the police in the small town of Lobo’s Nod to solve a deadly case. And now, when a determined New York City detective comes knocking on Jazz’s door asking for help, he can’t say no. The Hat-Dog Killer has the Big Apple–and its police force–running scared. So Jazz and his girlfriend, Connie, hop on a plane to the big city and get swept up in a killer’s murderous game.

This book was equally as horrifying as the first ... actually, maybe even more so.

Once again, Jasper is subjected to the insane world of Billy Dent.

This book seems like it's serial killers galore. At one point, I was convinced everyone was a serial killer. Okay, not everyone, but I was sort of freaking out internally.

Jasper is not only plagued with his father's craziness, but he also has several internal problems. It is interesting to see him struggle through his problems and how he solved (or tried) to solve them. He is deeply troubled, to the point where I wish he would invest in a psychiatrist, or someone he could vent his problems to. And yet, he is a freaking genius. Having grown up with a serial killer father, whose IQ is off the charts, Jasper knows things about serial killers and bad guys no one else does. He reminds me of someone off Criminal Minds. He definitely knows his stuff.

Connie grew a little more on me in this book. Although, her attitude on some things were sometimes laughable--maybe because I knew some girls like her in my high school days ... but I won't go into that. She took the initiative and began to figure out parts of the crime scenes. Although, I thought she was an idiot to not go to the police.

Howie was as ridiculous as ever. He made for some good laughs--which was a nice break from all the scary serial killer stuff. Jasper is lucky to have him as a friend. He doesn't judge, and he is brave despite all his ridiculousness.

This was certainly a page turner. I would consider it a mature YA book, it language and sexual innuendos.